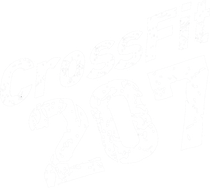 Great question! Glad you asked. Before we answer it let’s talk about what it’s end goal is. That being, to create an individual who is balanced in the 10 General Physical Skills (See picture below), and not over compensating in two or three, and lacking in everything else. In CrossFit we create generalist, not specialist. That, is people who are generally physically prepared. Which makes sense, because CrossFit is first and foremost a GPP (General Physical Preparedness) Program, and a sport second.

Now all that sounds great, but how exactly do we go about balancing all of that out? We do it by apply the textbook definition of CrossFit to every workout or W.O.D. (Work Out of the Day).

The textbook definition of CrossFit is:

Ok. So what exactly is it? Good question. It seems to be a catch all in the fitness world that no one can explain. So let’s put this one to bed.

Functional fitness has two definitions. This first one being:

1. It’s Functional. It’s usable. It’s directly applicable to the real world, if you understand how to translate it over. For instance, if you know how to deadlift the right way, you know understand the fundamentals and principles that allow you to pick a bail of hay up or a tree stump or laundry basket. If you understand how to push press you know how to safely put something up on top of a shelf with out hurting your spine. It’s functional. It helps you in your everyday performance. But let’s be honest, no one goes on to instagram, and brags about how they can lift their laundry better than the next person. Yet it’s extremely practical and important.

But the more important definition of functional fitness is that it means that movements are executed in a linear fashion. That begin from core to extremity. To simplify this it means you get the core tight then move the limbs from there. you create a strong base for the limbs to operate from. Without a strong base the limbs can’t operate at their potential, and therefore the individual as a whole. To illustrate this let’s give an example.

If you were going to push a car, would it be easier if you firmly planted your feet, braced, then pushed into the car? Or would it be easier if you did the same thing, but stood on a skateboard while pushing on the car? Obviously it’s the first one. If the ground was representing our core, and our body represents our limbs, you can see how important it is to have a solid base for the limbs to operate from.

So what’s the takeaway? Get your core tight and keep it tight regardless of the movement. This is the real definition of functional movement, and therefore functional fitness. So every day is ab and butt day in CrossFit.

What is intensity? If I was to show you a picture of someone working out and turning beet red, and drowning in sweat you would probably say that that looks like an intense workout. But what is intensity? How do you know it when you see it, and how can you measure and repeat it? Suddenly it’s not so easy to answer. But… it actually is. Intensity is measured using the same formula we use to measure power. It’s synonymous.
​
Power and intensity are defined as P=FxD/T
​
Great, but how does that apply to your life and CrossFit? Let’s illustrate this.
​
You and a friend were given a 100lb ball,and I told you to race 400 meters with it. If it took you 5:13, but it took your friend 4:48, who had the higher power output? Who got more work done in less time? Your friend. If you do a work out, and it takes you 13:00 to complete, but six months later it took you 10:30 when you retested it, your power output went up. So by definition you are fitter now than you were before. This model makes fitness measurable and repeatable. This is why almost everything we do in CrossFit is done against a clock .

So what’s the big take away? Do it as fast as you can WHILE maintaining correct form . This is completely individual from person to person. Now how do we do this, and still keep it safe? We use something called threshold hold training. In short, you move as fast as you can while still performing the movements at at least 80% of your best effort, technique wise. In time you will be able to move faster and stronger and in a more coordinated and agile fashion, but it only happens if you operate the limit (read: threshold) of your individual capacity. This requires both humility and maturity on the part of both the athlete and the coach to decide when the weight needs to be dropped or scaled up, the movement needs to be made harder or easier, or you need to move faster or slow it down a bit. You’re trying to find your sweet spot that allows you to receive maximum adaptation, not undertraining or injury.

Lastly we come to constant variance. Let’s make this simple. CrossFit mixes gymnastics with power lifting, olympic weightlifting, strongman, traditional “cardio” exercises and combines them into an infinite combination of workouts that are designed to force the body to adapt. If I was to have you do the same routine every day for weeks on end, the body would adapt and simply… well… stop further adaptation. You would eventually become bored and quit as well. However due to CrossFit’s planned randomization of movements the body never actually is able to keep up with it, and has to constantly adapt and super compensate. This is partly why (in addition to the above reason we talked about), why people seem to achieve such fast results using CrossFit.

While many would disagree, according to CrossFit methodology, routine is the enemy, and so this constant variance is the method we use to break out of that, and keep the body on a continuous upward curve of progression towards becoming fitter and fitter.
​
“It should be fairly clear that the fitness that CrossFit advocates and develops is deliberately broad, general, and inclusive. Our specialty is not specializing. Combat, survival, many sports, and life reward this kind of fitness and, on average, punish the specialist.”
– Greg Glassman CEO & Founder of CrossFit

Putting It All Together

So what does this all look like when you put it together? Work outs are as fast and as hard as you can make them. Not hard enough? Go faster. But basically, keep your core braced, move as fast, efficiently and safely as you can and keep it as varied as possible, and you’ll reap the benefits of what CrossFit has to offer in no time.

As a member of the 207 Athletics community, you’ll get stronger and improve your quality of life 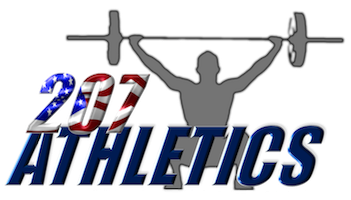 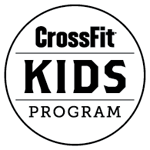 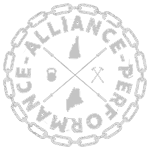